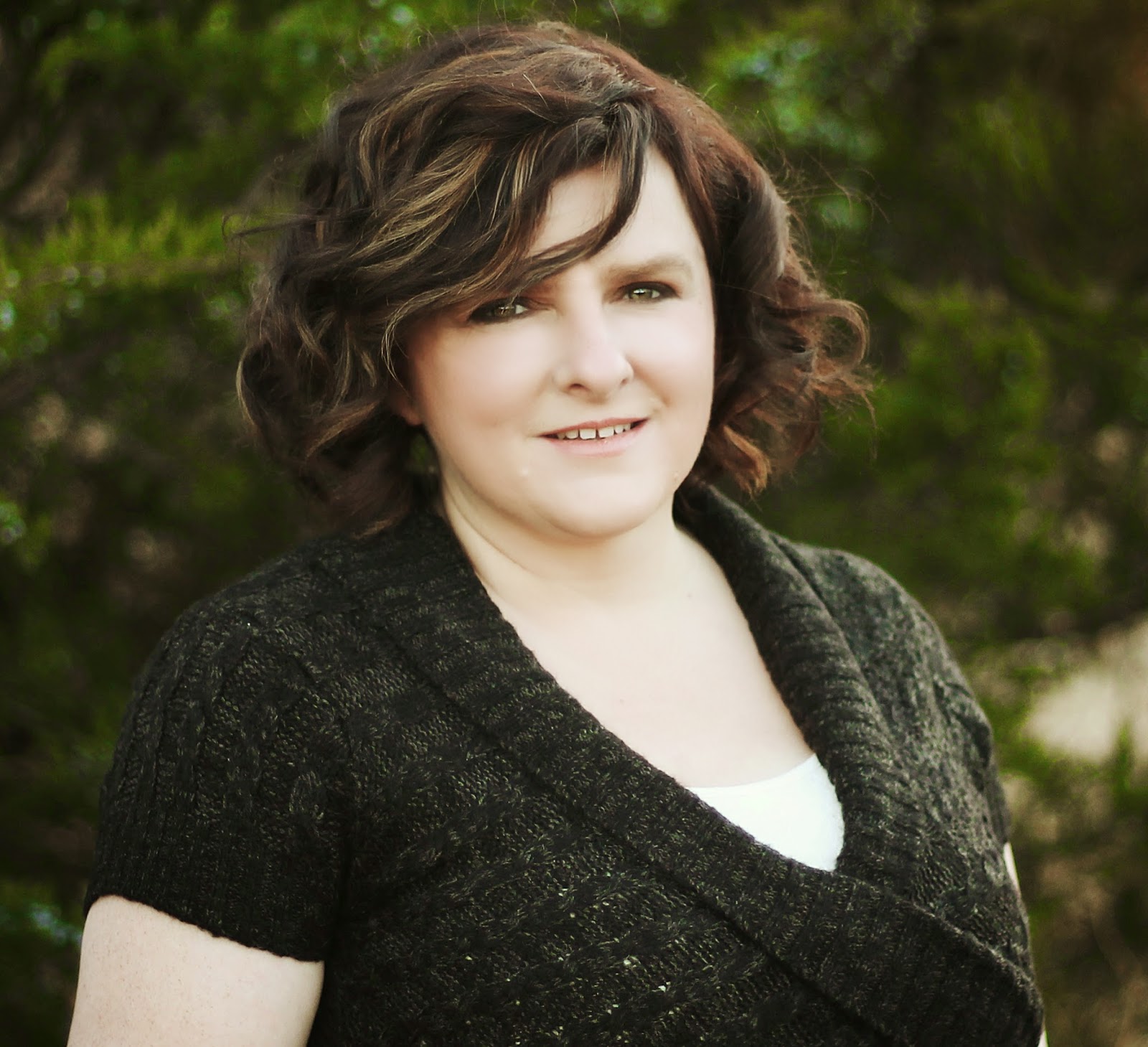 Author of  The Warrior’s Vow
Tell us about your epiphany moment when you decided you were going to seriously pursue writing and eventually publication. Oh, wow. I had dreamed of writing for a long time but never thought it was possible. I started having babies right out of high school and never pursued college. In my mind, a college education was a necessity to write. It wasn’t until 2006 when I participated in Avon’s Fanlit writing contest. We were given a prompt to write from the first week, and then over the next several weeks we wrote based off the previous winning chapter. Avon eventually published the story with the winning chapters, but it was then during that contest, where I competed against hundreds of serious writers that I ‘knew’ I could do this.
Which of your books (published or upcoming) has been the most fun for you to write and which character is your favorite? I have fun writing, period. However, I’d have to say my yet-to-be-published historical western romance Love at Twenty Paces. Why? My heroine, Darby, is a hoot. She tries so hard to do what is right for all the right reasons, but she always ends up in a pickle. In the beginning of the story she stops a train in order to rescue orphan girls bound for the saloon, but she ends up shooting an innocent man in the shoulder. Of course, she doesn’t know he’s innocent and she didn’t ‘mean’ to shoot him, but she does anyway.
What is your most difficult writing obstacle, and how do you overcome it? I think my most difficult obstacle is myself, or other people needing my time and my inability to say no. ;)
Which character in your new release most interested you while you wrote? Abigail Why? She was completely unknown to me when I began writing Jesse’s (the hero) story. I had an idea of who I wanted his heroine to be but once I started writing Abigail peered between the folds of the tent and captured my attention. Abigail has always been sheltered, not out of love, but out of neglect. The first time she witnessed the sun set was breathtaking, not only for Jesse to witness but for me to write.
What would a perfect day for you look like? I just came back from the beach, so I’d have to say walking the beach with my family enjoying God’s creation.
Tell us the range of the kinds of books you enjoy reading. Romance! ;) I also love a good suspense and biographical sketches.
What do you most enjoy doing in your free time? I’m really learning to enjoy spending time with my Daddy (Father God). Instead of opening the word because I feel I must, or praying because of a requested need, I’m discovering the joys of seeking constant communion.
What is something most people would not know about you? I’m CDO (OCD). It’s not something that I’m proud of but it is something that I can’t seem to help. As much as I love books it’s difficult for me to decide how to place them on the shelf. Naturally, alphabetically would be the answer, but then you have some books that are taller than others, so I have to go with tallest to shortest. The odd balls, the ones that are shorter and longer, really get me and about throw me into fits of hyperventilation.
Are there spiritual themes you like to write about? I think my favorite theme is forgiveness. I know, kind of cliché, but forgiving others even when they don’t deserve it is so important. Matthew 6:14-15 tells us that if we forgive those who sin against us, we will be forgiven but if we withhold that forgiveness it will be withheld from us as well.
I also like to write about restoration.
What lesson is the Lord teaching you right now or recently taught you?   Joy. No matter the circumstances, and trust me we’ve been through a lot in the last few years (cancer, juvenile delinquent, etc), the joy of the Lord is my strength.
When is your next book due out and can you tell us about it? My next book won’t be out until the summer of 2015. I don’t have a title yet, but I can tell you it is set in mid-600 BC on the Mediterranean. It’s about a Greek merchant who rescues the daughter of a Philistine and a Hebrew slave from the auction block.
Where can we find you on the internet? www.threefoldstrand.com, www.facebook.com/AuthorChristinaRich and twitter.com/christinainspy
More about Christina: Born and raised in Kansas, where she currently lives with her husband and children, Christina loves to read stories with happily ever afters, research,  take photos, knit scarves, dig into her ancestry, fish, visit the ocean, write stories with happily ever afters and talk about her family and Jesus.
Her debut novel, The Guardian’s Promise, released from Love Inspired March 2014. The Warrior’s Promise releases July 2014. The Warrior's Vow is being featured here.

He Was Hers to Command
Swept away from her home and into the desert, Abigail is as much a prisoner as she is a princess. A ruthlessly ambitious captain of the palace guard intends to force her into marriage and rule Judah through her. Yet the badly beaten soldier Abigail rescues offers another choice—if she dares trust him.
She is royalty, yet Jesse is surprised by the gentle compassion Abigail shows him as he heals. In return, he will help her escape to Jerusalem, protecting her life with his own. But Abigail’s rank and Jesse’s deadly past makes any future impossible, unless forgiveness forged by love can triumph over all.

What question would you like to ask readers of your books or Christian fiction in general?

What themes would you like to see fiction Christian writers tackle?
Answer the question in your comment below and enter the drawing. Annoying legal disclaimer: drawings void where prohibited by law; open only to U.S. residents; the odds of winning depend upon the number of participants. No purchase is necessary and one entry per post plus one extra for being a follower of the blog. Winner will be selected next week-end and posted here on Sunday, June 1. You must be 18 or older to enter. Remember to leave your email address for contacting you in case of win.

I think that Christian authors are beginning to hit almost every topic out there. I don't think there is any they haven't tackled by now. Your book looks good.

Thank you! I loved writing this book.

I would like to see Christian writers tackle controversial things, like how to deal with opposing beliefs. I believe in Christ, personally, but how am I as a believer supposed to deal with someone I love being atheist or "gay". Everything I learned as a girl was to love and not judge but due to controversy around gays and other religions I'm not sure how to deal with these things....if that makes sense. Oh and btw I LOVE the part I got to read! I'm anxious to read it all!

The Warrior's Vow is such a strong, powerful title. I would love to read your book.

It would be fun to see some more Christian dystopian. Then again, I'm a sucker for YA! Thanks for this giveaway, Christina!

Doris, I completely understand. Those would be some good topics to tackle. I have my own beliefs about those topics and will let you know when I post a blog up for you to read if you'd like.

I'm glad you loved what you read. We'll have to do lunch sometime soon.

I read this and I am amazed Christina... I can't wait to read one of your books I am thankful I met you at church. Chariti

Thank you, Melanie. I wish I could say I choose that title. ;) My publishing team did a great job.

Sara Ella, if only I had a voice like yours then maybe I could write YA. :)

Hi, Chariti! I think you would enjoy reading them. I'll be in Emporia signing books a week from today.

Enjoyed the interview, Christina and Martha! Would love to be entered! nataliedmonk(at)gmail(dot)com.